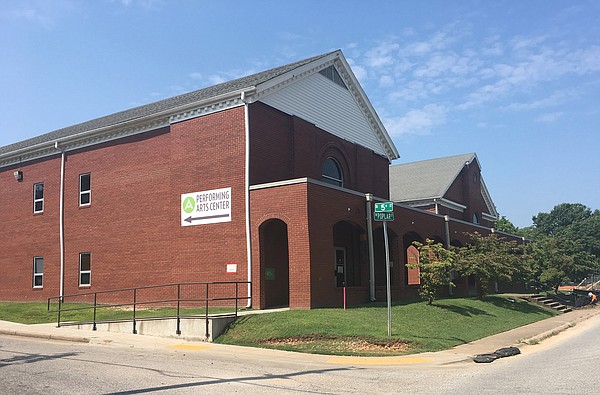 ROGERS – An interim CEO will guide the Arkansas Arts Academy through the next school year.

The charter school announced Monday that Allison Roberts, Gov. Asa Hutchinson’s senior education adviser, will take the post while the board conducts a nationwide search for its next permanent CEO, according to a statement on the page School Facebook.

The announcement came about a month after the board chose not to renew the contract of then-CEO Richard Burrows, who the board hired in August following a search at national scale.

The board decided not to renew Burrows’ contract at a special meeting on June 9. Her last day with school was June 30.

Jeff Hunnicutt, board member, said at the June 9 meeting that the decision to let Burrows go “was not made easily, as Richard brings many positive qualities to his job, including much needed structure. for operational procedures such as finance, virtual education and more. “

Hunnicutt, when reached by phone on Monday, declined to explain what factors led to the board’s decision.

Arkansas Arts Academy operates two campuses in Rogers, one for K-6 grades and another for 7-12. Its enrollment stands at about 1,215 students in kindergarten through 12th grade, Hunnicutt said. The school’s enrollment cap is 1,225.

Burrows, when contacted on Monday, said a change in leadership on the board led to his departure and it was “absolutely not” his choice to leave. He said two long-time board members resigned protesting the move.

“So I guess it’s a new ball game,” Burrows said.

He said he and the board were still in negotiations over the terms of his departure.

The academy hired Arts Consulting Group, a Boston-based organization, last year to help the school fill the CEO position left vacant by the retirement of Mary Ley, who had held the position for six. years. This research ultimately resulted in Burrows. The Walton Family Foundation provided the school with a nationwide research grant of $ 50,000.

Burrows, 68, was director of community outreach and engagement with The Historic Trust in Vancouver, Washington, before joining the Arkansas Arts Academy. He has also served as director of arts education for the Unified School District of Los Angeles and executive director and chairman of the board of the Institute for Arts Education in San Diego, according to a press release from the school’s last year.

Howard Alsdorf served on the Academy of the Arts Board of Trustees for 20 years before stepping down on June 8. He said he resigned to protest the decision of his fellow board members regarding Burrows.

All things considered – including the various challenges of leading the school during a pandemic – Burrows did a “fantastic” job, Alsdorf said.

Roberts, 55, has experience in many roles including visual artist, kindergarten to college arts educator, arts consultant, national professional development facilitator, author, school administrator, credential assessor, and counselor. educational policy, according to the press release. She holds a PhD in Leadership for Educational Equity from the University of Colorado at Denver.

His salary will be $ 120,000 for the year, according to Hunnicutt. She is expected to start labor the first week of August. The new school year begins on August 4th.

“We wanted to make sure we found someone who could keep the ship in the right direction,” Hunnicutt said.

Arkansas Academy of the Arts

Arkansas Arts Academy is one of the oldest open-enrollment charter schools in the state. It opened in 2001 as Benton County School of the Arts in Rogers before changing its name in 2014. It serves students from Kindergarten to Grade 12.